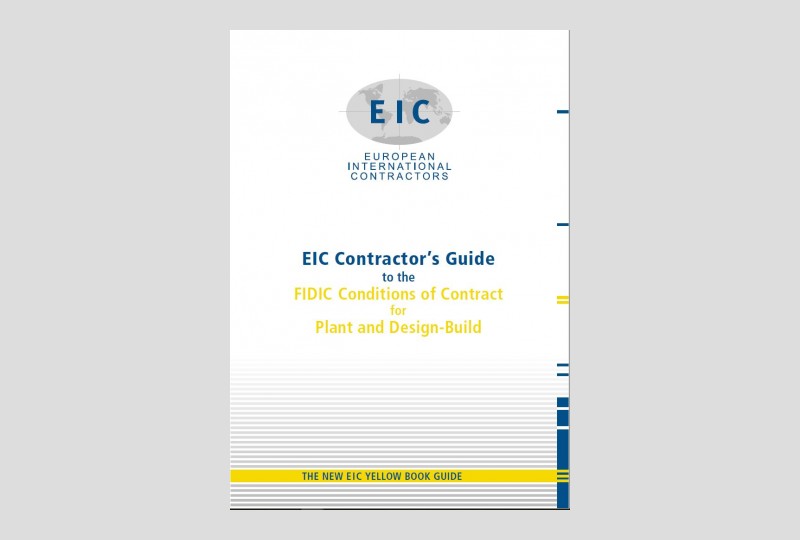 It is one of EIC’s principal objectives to contribute constructively to the development of acceptable and standard forms of contract for use in the international construction industry.  EIC shares FIDIC´s viewpoint that standardisation, both in technical and administrative matters, is more likely to result in the satisfactory and trouble free execution of projects. EIC’s contribution to improving standard forms of contract was the publication of guides to FIDIC´s Silver and New Red Books. The EIC Contractor's Guide to the Silver Book (FIDIC Conditions of Contract for EPC Turnkey Contracts) was published in March 2000 and was followed in March 2002 by the EIC Contractor’s Guide to the New Red Book (FIDIC Conditions of Contract for Construction).

The Silver Book is a completely new FIDIC form and EIC has expressed serious reservations over many of its provisions. On the other hand, the New Red Book is essentially a revised version of the Fourth Edition of the Conditions of Contract for Works of Civil Engineering Construction; a document which most contractors are happy to accept. However, EIC believes that the New Red Book will be more onerous for contractors.

The New Yellow Book falls somewhere between those extremes. FIDIC recommends it for the provision of electrical and/or mechanical plant and/or other works which may include any combination of civil, mechanical, electrical and/or construction works. EIC believes that such a broad application is inappropriate and we doubt the wisdom of trying to produce a standard form of contract for such a wide range of applications. EIC accepts that the New Yellow Book provides a useful starting point for a Design-Build contract, which includes both plant supply and construction works. However, there are many provisions that are onerous and unlikely to be acceptable to contractors and, in EIC’s view, require redrafting.

In preparing this guide, we have followed a similar approach to the guides to the Silver and New Red Books and comment only where we believe that there are matters of importance to consider and only at length where there are important issues at stake.

Comments received from both contractors and consultants tell us that the EIC guides are proving useful. We would like to continue to receive feedback on their usefulness and relevance and we would particularly like to gather experience of any contracts carried out under the New Yellow Book. All communications should be sent to the EIC Secretariat in Berlin.

EIC wishes to make it clear that this document is not exhaustive and is intended for guidance only.  Expert legal advice should always be obtained before submitting an offer or making any commitment to enter into a contract. Neither EIC nor the authors of this document accept any responsibility or liability in respect of any use made by any person or entity of this document or its contents which is and shall remain entirely at the user's risk.