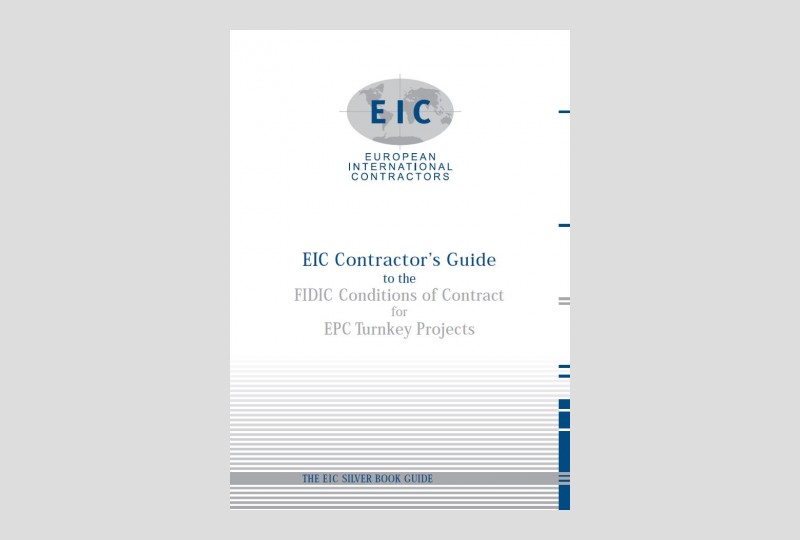 FIDIC and EIC have held many constructive discussions since the September 1997 draft of the Conditions of Contract for EPC Turnkey Projects (known as the Silver Book) was issued. As a result of these discussions and those held with other interested parties, the first edition of the Silver Book has incorporated some improvements by comparison with the original draft. To EIC however, the Silver Book represents such a significant departure from FIDIC’s traditional approach to the contractual and risk sharing relationship that has prevailed over the years between Employer and Contractor that EIC has decided to take the unusual step of publishing a contractor’s guide to the Silver Book. Contractors often take comfort from the fact that a contract is to be carried out under FIDIC terms and conditions but this will certainly not be the case where the Silver Book is used. The purpose of this guide is to highlight the potential risks and pitfalls.

It is FIDIC's view that the individual nature of the turnkey project invariably requires a fair degree of flexibility on the part of Employer and Contractor and extensive negotiations are essential prior to contract signature and they offer the Silver Book as a good starting point for negotiation. EIC does not share this view and in the preparation of this guide, EIC has tried to highlight for contractors, particularly those who may be confronted with this form of turnkey contract for the first time, some of the more important issues to be addressed in bid preparation and client discussions.

EIC wishes to make it clear that this document is not exhaustive and is intended for guidance only.  Expert legal advice should always be obtained before submitting an offer or making any commitment to enter into a contract. Neither EIC nor the authors of this document accept any responsibility or liability in respect of any use made by any person or entity of this document or its contents which is and shall remain entirely at the user’s risk.

Foreword to the Second Edition

In the three years since the Guide to the Silver Book was first published much debate has taken place on its suitability for use on turnkey contracts. The most enthusiastic support comes from the promoters of infrastructure projects with limited recourse financing. The vehicle for carrying out such works is invariably a Special Purpose Company with little substance; hence the desire to transfer as much risk as possible to the contractor. EIC remains strongly opposed and has heard nothing new or convincing in the arguments put forward to justify the transfer from Employer to Contractor of the onerous and unquantifiable risks contained within the Silver Book. The 2nd edition of our guide incorporates comments adapted from our EIC Contractor’s Guides to the FIDIC New Red and Yellow Books, previously not included in the 1st edition.