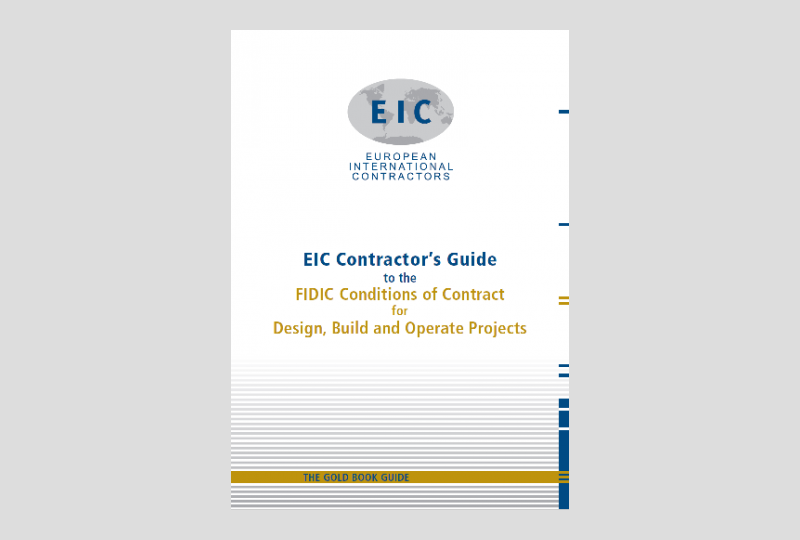 The FIDIC DBO Contract is a completely new FIDIC standard form of contract and EIC has expressed during the drafting process its appreciation of FIDIC’s effort to address a perceived market demand for a combined design-build obligation with a long-term operation commitment. The base scenario selected by FIDIC is a “green-field” Design-Build-Operate project with a 20-year operation period. With respect to the Design-Build Period, the FIDIC DBO Contract borrows in large parts from the structure and the wording of the FIDIC 1999 “Yellow Book”, Conditions of Contract for Plant and Design-Build, whereas the requirements regarding the Operation Service Period have been inserted in various provisions and most prominently in Clause 10.

Simultaneously, EIC has articulated reservations over certain provisions of the new standard form of contract. In preparing this guide, we have followed the approach of the EIC Guides to the FIDIC 1999 New Books referred to above and commented only where we believe that there are matters of importance to consider and only at greater length where there are even more important issues at stake.

Comments received from both contractors and consultants tell us that the EIC Guides are proving useful. EIC would appreciate to continue to receive feedback on the usefulness and relevance of our Guides, and we would particularly like to gather experience of any contracts carried out under the FIDIC DBO Contract. All communications should be sent to the EIC Secretariat in Berlin.

EIC wishes to emphasise that this document is not an exhaustive commentary and it is intended for guidance only. Expert legal advice should always be obtained before submitting an offer or making any commitment to enter into a contract. Neither EIC nor any of the authors of this document accept any responsibility or liability in respect of any use made by any person or entity of this document, or its contents which is and shall remain entirely at the user's risk.