European International Contractors welcomes you to a Webinar on:

The European Commission and the European External Action Service (EEAS) adopted in September 2018 a Joint Communication ‘Connecting Europe and Asia - Building blocks for an EU Strategy’ which comprises concrete policy proposals and initiatives to improve connections between Europe and Asia, including through transport and energy networks. In March 2020, the EU Commission and the EEAS released the Joint Communication ‘Towards a Comprehensive Strategy with Africa’ which shall pave the way for a stronger, more ambitious partnership with Africa to be endorsed at the upcoming European Union – African Union Summit scheduled for the end of October 2020. In this context, the European Union proposes to turn the Africa-Europe Alliance for Sustainable Investment and Jobs with its focus on public and private investment and trade into the central pillar of economic relations between the two continents.

In terms of implementing the above-mentioned strategies in the context of the EU’s external action activities, the European Commission proposes to modernise its financial architecture by merging several external financial instruments into a broad Neighbourhood, Development and International Cooperation Instrument (‘NDICI’) as part of the Multiannual Financial Framework (MFF) 2021-2027. When approved, the ‘NDICI’ will be the main instrument for EU development cooperation with partner countries to be presumably equipped with a total budget of €96.4 billion in current prices of which some €68 billion shall be allocated to geographic programmes, including at least €32 billion for Sub-Saharan Africa and some €10 billion for Asia/Pacific. Specific allocations to individual countries will come in the form of multiannual indicative programmes based on internationally agreed targets, such as the Sustainable Development Goals. The NDICI will furthermore contain an investment framework for external action to raise additional financial resources for sustainable development from the public and private sector. It will consist of the European Fund for Sustainable Development ('EFSD+') and the External Action Guarantee (EAG), with firepower increased by the new MFF proposal of May 2020 to a ceiling of €130 billion. The objectives of the EFSD+ and EAG are to support investment and increase access to financing towards the achievement of the Sustainable Development Goals (SDGs), including strengthening public and private infrastructure.

The objective of the EIC Webinar on 02nd October 2020 is to analyse in two interactive sessions with representatives from the European Commission and the EIB the role of infrastructure investments in the EU-Africa Strategy and the EU-Asia Connectivity Strategy and how the new Neighbourhood, Development and International Cooperation Instrument (NDICI), once in place, will help to facilitate infrastructure projects in the Sub-Saharan African and Central Asian regions. In this context, the role of the European Investment Bank as the EU’s financing institution in financing large public infrastructure projects as well as supporting private investments in the infrastructure sector will be of a special interest as well as the question how the so-called ‘Team Europe’ approach plays out in the context of the EU’s development policy and how European international contractors can be integrated in this policy. 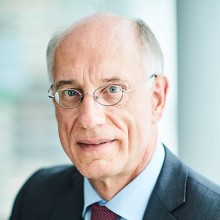